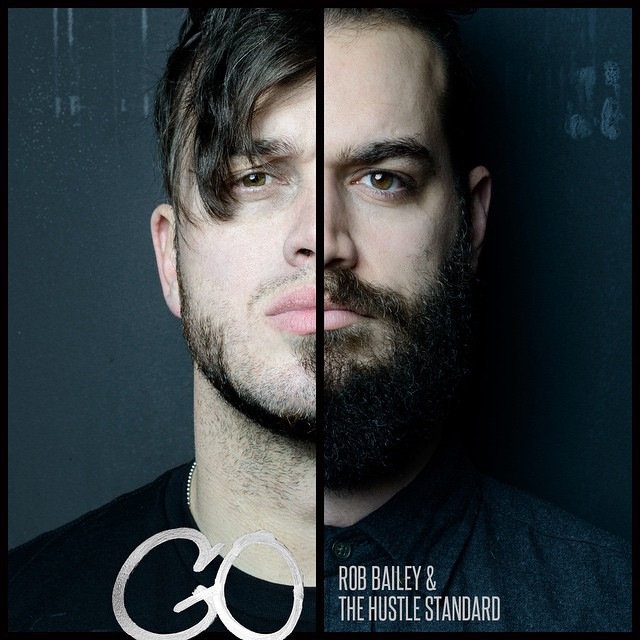 With music that hits you like a punch to the face of pumped-up positivity, the collaborative duo has created a genre all their own, mixing aggressive dub-step beats and elements of alternative-rock with Rob Bailey’s signature vocal styling, and inspirational lyrics about triumph, redemption, and empowerment. When asked about the inspiration behind creating the EPs, Rob says, “There are parts of songs I like when I’m working out, so I wanted to make full length songs that were nothing but parts of songs I’d want to work out to.”  Charley adds, “Basically, we wanted to make high energy music that would motivate people to do better and be better.” 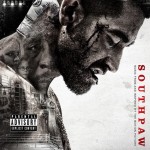 Big things continue to happen for Rob Bailey & The Hustle Standard in 2015, with the inclusion of “BEAST” as the OPENING TITLE song in the feature film SOUTHPAW, starring Jake Gyllenhaal & Rachel McAdams. The song was also remixed by DJ Khalil from the Eminem / Shady Records camp to feature 3 rap heavyweights Busta Rhymes, KXNG Crooked, and Tech N9ne, for inclusion on the Southpaw soundtrack album executive produced by Eminem. “Over the rock and roll fueled track from Rob Bailey & The Hustle Standard, three of the most intricate emcees in the game deliver three of the hottest verses you’re likely to hear this year. If a rhyme clinic is what you want, than listen no further than this track.”  – Strange Music Inc. 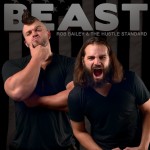 Within hours of its release on October 15th, 2013, ‘BEAST’ – the much anticipated 2nd EP release from Rob Bailey & The Hustle Standard – quickly climbed to  #1 on the iTunes Top Electronic Albums chart  and #19 on the overall Top Album chart. Following up their critically acclaimed ‘Battle Tested’ EP, ‘ BEAST’ continues the tradition with Rob Bailey’s signature vocals & over-the-top personality combined with the exquisite dubstep, hiphop, and dirty-synth inspired production & melodic vocals of Charley Hustle, bringing us 8 new bombastic high-energy tracks not for the faint-hearted. 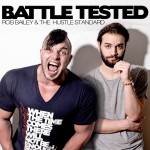 The success of ‘BEAST’ has put ‘Battle Tested’ back on the iTunes charts, which sold over 100k downloads, debuted at #1 on the iTunes electronic albums chart and #13 on the BILLBOARD Heatseekers chart, and garnered a slew of primetime licensing placements with major networks and brands. With its devouring, pulsating power, filled with raw emotion and highlighted by stunning production, Rob Bailey & The Hustle Standard’s debut release made serious noise in September 2011 with their explosive first single “Work Hustle Kill”, experiencing a tidal wave of fan-response-videos and demand for more music. So back into the studio they went, recording more gut-busting (literally), fist-pumping, powerhouse anthems. From the opening assault of “Hold Strong” to the fluid, synth heavy, “Never Settle”, ‘Battle Tested’ is a vigorous, empowering, never-stopping set of tracks that hit you fast and hard, challenging you to persevere, overcome, and fight to win.

Charley Hustle brought in the young and talented UK producer, Lost Soul, to do a special remix version of the Battle Tested album, and on December 4th, 2012, ‘Lost Soul vs. Battle Tested’ was released, shooting straight to #2 on the iTunes Top Electronic Albums chart. 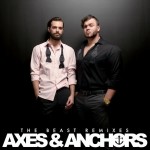 “We want the remix experience to be better. A remix shouldn’t just be an alternate version, but something that inspires new thoughts, feelings, desires, completely familiar but absolutely unique..”

Charley Hustle arranged 5 HS Remixes and enlisted 3 musicians to perform them (Gereory Barbone on piano, Mark Rapp on trumpet, and Noah Hoffeld on cello). This raw minimal approach changes the entire mood from pure aggression to deep internal intensity. To take it a step further, the duo added 5 additional producers; Vicious Conspiracy, Eazy Music, Devon Craig Johnson, HD Smith, and Fredro to choose one song and produce their own version, crafting what the original inspired in them.

The result is 10 remixes that are completely familiar, but absolutely unique.

Charley Hustle, founder of The Hustle Standard, is a producer and songwriter based in New York City. He has written with many established songwriters such as Andrea Martin, Syience, Frankie Storm, Cannon, Dvlp, and Fraser Smith. Under The Hustle Standard label, Hustle has collaborated on several EPs since 2011: Jay Kill’s ‘New Men Old Boys’ , ‘Stuck On The Sunrise’, & ‘Becoming Animal’; LaRaisha’s ‘Drums and Sass’; Nick Miller’s ‘The Brave Abraham Judah’ and Rob Bailey’s ‘Battle Tested’ , ‘Beast’, & ‘Go’.

A creative force of many outlets, Rob Bailey garnered a massive following with his clothing line/lifestyle brand Flag Nor Fail. Through his YouTube videos, Facebook presence, and enormous personality he has become a notable figure in the fitness industry and is known for his hilarious, almost daily Facebook video posts. The Pennsylvania native created his company, Flag Nor Fail in February 2010. What once began as a fitness lifestyle brand is expanding into drifting/car racing, other alternative sports, and entertainment.

The Hustle Standard was founded in 2011 by New York Producer/Songwriter, Charley Hustle. What started out as a desire to write & collaborate with artists on original projects without the lengthy timelines, The Hustle Standard accidentally found itself in the category of production company/record label. With six EPs already under its belt, The Hustle Standard is fast becoming a label that prides itself on its new-found role, producing albums with diverse influences from indie-rock, electronic, dub-step, hip-hop, hardcore, alternative and pop. Since getting its start, The Hustle Standard has released a series of projects that each include a 4-6 song album, accompanied by photographs, videos, interviews and other social media, underscoring the labels passion for using various creative platforms to feature both the artist and the music.