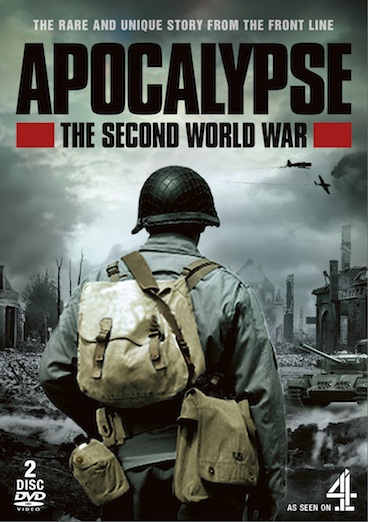 Apocalypse: The Second World War is a six-part documentary by Daniel Costelle and Isabelle Clark about the Second World War.  To mark the 70th anniversary in 2009 of the most devastating war of all times, France 2 and CC&C  (Clark Costelle & Co) introduced Apocalypse, a landmark documentary mini-series on World War II, for the first time in HD, color and 5.1 Dolby sound, using archive footage exclusively, 50% of which had never been seen before.

The six 52-minute episodes of Apocalypse tell the story in a unique way: combining the major historical events of the war throughout the world with the point of view of ordinary people, always remaining closest to the perspective of those, great and small, who lived or died through it. Apocalypse provides a truly global perspective of the war, in an unprecedented and shocking presentation, so that future generations will remember the ‘Apocalypse’ that was World War II.  Taken from 600 hours of rediscovered footage from German soldiers or British families, or “top secret’ material that was recently declassified by state authorities after being inaccessible for decades, Apocalypse shows the war in a way that differs greatly from the official often propagandistic newsreel footage.  “Our interest…is the most intimate recount of the people who fought and suffered in this war.  We accompany them in their superhuman effort to survive during a period of uncontrolled violence.” (Isabelle Clarke and Daniel Costelle)

Apocalypse has been broadcast in 165 countries, including on the Smithsonian Channel in the United States (narrated by Martin Sheen), and has won the “Best Use of Archives in a History Production” award by History Makers 2012. 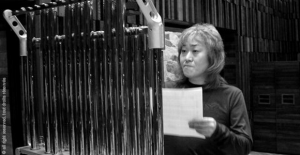 The riveting, orchestral score for the documentary was composed by famed Japanese music composer, Kenji Kawai, known for his scores for motion pictures, anime movies, video games, and televised programs.  It is a ‘spine-chilling soundscape’, at times memorable, beautiful, and haunting.  Melodies inspired by terror and fear, and all of the misery of the Second World War, are interspersed with themes giving homage to the smiles and faces of civilians and soldiers present in the powerful archival footage, who represent perseverance and hope in the midst of one of the “most violent and chaotic time periods in history.”

Kawai has contributed to the musical scores for numerous films from Japan and other countries in Asia, working in film genres as diverse as anime, horror, sci-fi, and historical epic.  Among his credits are Mamoru Oshii‘s films The Red Spectacles, StrayDog: Kerberos Panzer Cops, Ghost In The Shell, and Avalon, Hideo Nakata‘s films Ring, Ring 2, Chaos, Dark Water, and Kaidan, Tsui Hark‘s The Seven Swords, and the anime adaptations of Rumiko Takahashi‘s Ranma 1/2 and Maison Ikkoku.