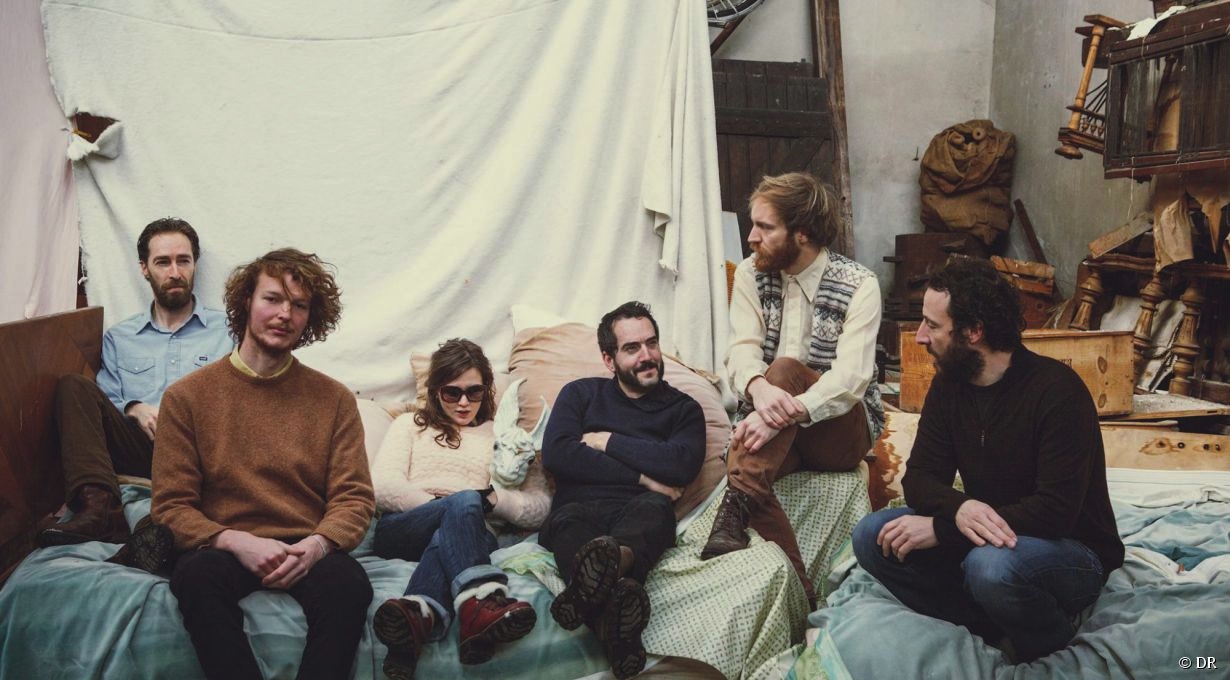 “…a wiry psych-pop fever dream that delivers watery guitar lines, chiming xylophones, and appropriately zonked-out vocals from lead singer Fredrik Eckhoff. Halasan Bazar move beyond mere homage territory by vividly evoking the fuzzed-out bliss of a hallucinogenic-induced stupor, rather than dwelling on a chord-for-chord imitation of their influences.” 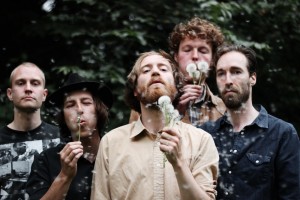 February 2014 in Le Chambon-sur-Lignon, a sleepy mountain village in the Auvergne, and Tara King Th (FR) and Halasan Bazar (DK/NO/UK) meet for the first time, a musical blind date arranged by Steve Rosborough, boss of both bands’ Californian label Moon Glyph. Armed with an embryonic songbook of ideas exchanged over the internet, the newly formed sextet set up a makeshift studio in La Gargouille, the deliciously incongruous 70s-styled local discothèque, together with photographer/film-maker, Sébastien Tixier. Living and playing, singing, drinking and dancing together in glorious isolation amidst the snow and disco balls, the collective rapidly bond, and the stage is set for them to merge their individual brands of psychedelia – Halasan’s introspective and whimsical folk-rock and Tara King’s cinematic baroque pop – into one organic whole.

They rise to the occasion, swallowing influences, expanding their palettes with open minds, maturing startlingly before our very ears. Guitars shimmer and keyboards swirl and chime to form an atmosphere of giddy intoxication, while bass and drums provide a backbone of powerfully pulsating precision. In the foreground are the stoned, melancholic vocals of Fredrick Rollum Eckoff and the seductive and nuanced tones of Béatrice Morel-Journel. The songs are a delicious variety set to life by the detailed production of Arnaud Boyer. ‘Coeurs Croisés’ and ‘Ventolin’ come from a soundtrack to a halfdreamed Nouvelle Vague tale of espionage, sex and spilled blood. ‘Rot inside’ is aching dark romance. There’s crystalline fragility on ‘Cover’, bluesy swagger on ‘Door wrap’ and plaintive, primal howl on ‘TK16 Part 2’ and ‘Beneath the Golden Tree’. ‘Below your deepest expectations’ ebbs and flows in epic style, close-to-defeat yet defiant, while the tripped-out groove of ‘Try their best’ drones hypnotically before soaring heavenwards.