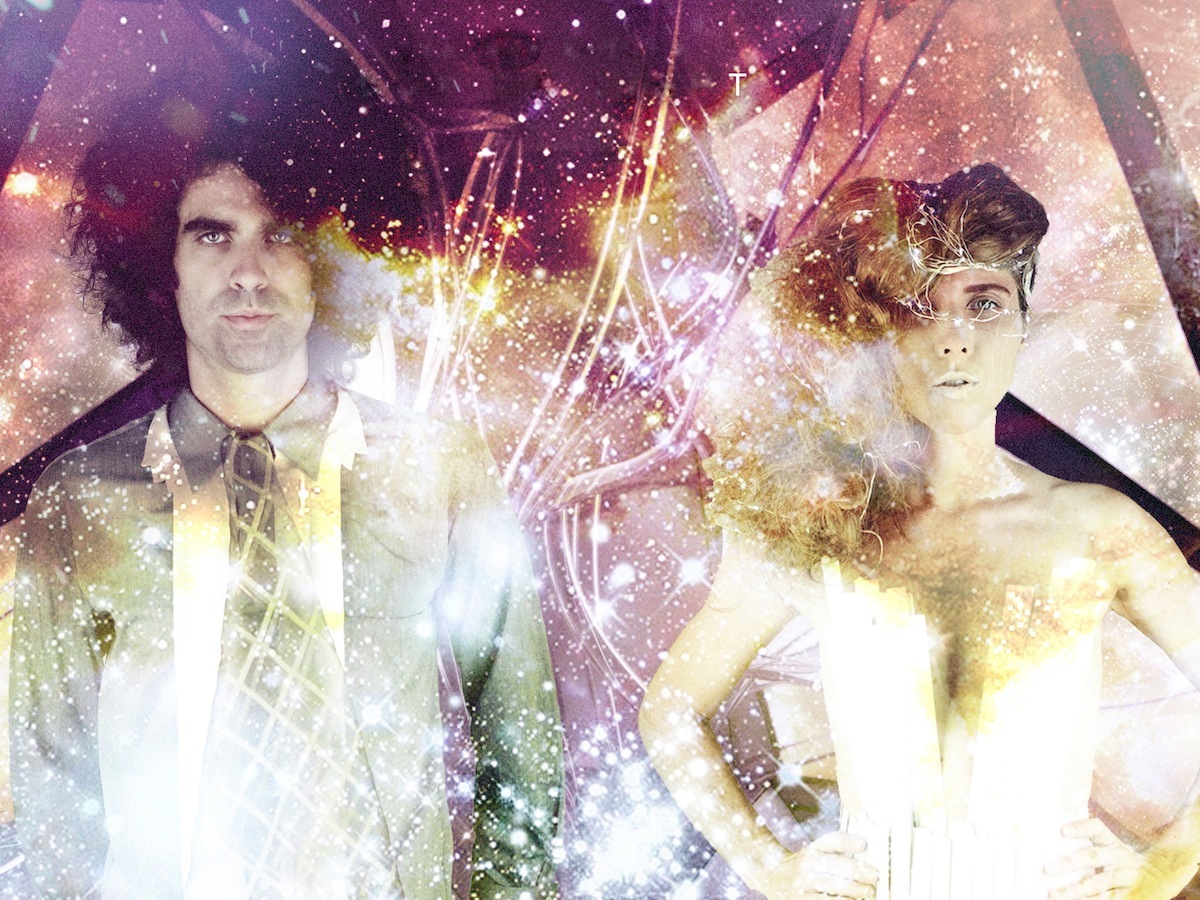 “This one’s been on constant repeat since appearing on our radar.” NME

“These two are really going to explode in the near future.” Aerial Noise

“Dynasty Electric is a group that really can’t be compared to any other. Their psychedelic pop/rock sound stands out from most bands with their futuristic beats and seductive vocals. If 60’s era psychedelic rock merged with futuristic experimental pop this is exactly how it would sound.”  Beyond Race Magazine

“Dynasty Electric is an exercise in the mastery of pop music. It should come as no surprise that members Jenny Electrik and Seth Misterka come with impressively diverse credentials.” New York Press

“Dynasty Electric’s insistence on staying true to themselves and sculpting their own voice from a plethora of influences has paid off in spades… Not to be missed!” Jezebel Music.

Rising from the Brooklyn underground, Dynasty Electric’s explosive live shows and unique blend of electro pop and psychedelic punk rock has earned the group critical praise and attention from around the globe. Fronted by the powerful and seductive vocals (and theremin) of
Jenny Electrik, Dynasty Electric’s retro-futuristic pop sound is crafted by multi-instrumentalist, producer and composer Seth Misterka, featuring his densely layered production and live instrumentation.

Misterka, having worked with indie bands such as Hot Chip, Shy Child, and The Fever, as well as experimental jazz musicians Anthony Braxton and William Parker, brings a passion for experimental soundscapes, electronic psychedelia, and New Wave to the fore of his meticulous studio production and live instrumentation, coupled with Jenny Electrik’s beautifully haunting yet seductive vocals, drawing comparisons to Karen O, Alison Mosshart, PJ Harvey, Amy Lee, and Annie Lennox.  The result is an amazing fusion of rock, pop, electronica, and art-meets-street punk that remains ‘fun, light, and perfectly danceable’.  It’s no wonder Jenny and Seth were the masterminds behind the Newsonic Loft and the infamous monthly Brooklyn warehouse parties known for their diverse scene of incredible musicians, visual artists, and visionaries.  Initially a showcase for the band’s psychedelic sound, the parties evolved into a popular venue for a litany of emerging Brooklyn acts and their devotees – a house party open to the public.  In 2013, Dynasty Electric will be reviving the Newsonic brand with the launch of their own label and events company.

Having caught the attention of hip-hop mogul Damon Dash, the duo entered the studio with legendary producer Ski Beatz (Jay-Z, Camp Lo, Curren$y), who infused their infectious electro-pop melodies with his signature beats and created a sound that quickly infiltrated the New York nightlife scene with the release of the their full-length Golden Arrows.  The title track has since landed a placement in a Victoria’s Secret ad campaign. Another track from the album, “Radiation”, described as ‘psychedelia meets murder, grime, and the open road’ was hailed by NME as one of the ‘Top MP3 Downloads’.

As a followup to that album, Dynasty Electric released a single “Electric Love” (with guest drummer Brian Chase from the Yeah Yeah Yeahs), and signed with Brooklyn-based label No Shame. Their self-titled album was produced by David Maurice (Kerli, Garbage) and features critically acclaimed turntablist DJ Logic. Released in May 2012, the first single and video “Eye Wide Open” premiered on Nylon Blog, aired on MTV’s 120 minutes and has become a viral YouTube hit (http://wnd.ms/14tDceb) . It has also been the subject of over 450 remixes world-wide through Indaba Music. The second single, “Just Like That” was also featured in a Victoria’s Secret National TV commercial (http://wnd.ms/VSnX9D).

When it came time to create their latest album, Dynasty Electric decided on a radical new approach to production. Rather than seclude themselves for months in the studio, they opted for an “open source” approach, casting a worldwide call for collaborators through Indaba Music, the visionary social network for musicians, and the crowd-funding platform PledgeMusic, as well as through Facebook and Twitter. The band recorded skeletal versions of the songs and made the stems (the individual vocal and instrumental parts) available for electronic musicians to re-imagine in their own style. Over the course of the year, the submissions poured in from every corner of the globe and the group narrowed down the tracks from the hundreds received to the 13 selections on Euphoria. The result is a mind-altering, genre-defying journey around the world of sound, with songs ranging from space-pop, to dub, to classical. Released on November 12th 2013, Euphoria  is a celebration of music, technology, and the expansion of global consciousness.