Hailing from the ‘concrete jungle where dreams are made’, producer/songwriter Charley Hustle has been hard at work churning out an impressive music portfolio while reinventing the industry. His signature-stylized production and inspired writing choices result in genre-defying records, garnering great attention and positive response in the music universe. Charley has written with many established songwriters such as Andrea Martin, Syience, Frankie Storm, Cannon, Dvlp, and Fraser Smith. With his passion for production and love of getting the full potential out of a song and an artist, Charley sought to change his career trajectory and the assumed process of music creation. “I don’t like doing one song with someone, let alone writing a song for an artist I’ll never meet. So, as a reaction to the current industry trend of getting 50 producers and 50 writers to submit songs for 10 slots on album I decided to start doing my own collaborative EPs….hence The Hustle Standard was born.”

What initially started out as a desire to write and collaborate with artists on original, short-term projects turned into the creation of a hybrid record label/production company effort known as The Hustle Standard. With Charley lending his songwriting, performing, and production skills to each project, the idea behind The Hustle Standard was to take an artist out of their usual environment and give them the freedom to do something they’ve always wanted to do, or never knew they could do, in the confinements of a 4-6 song EP. Since getting its start, the label has released a series of projects that each includes an album accompanied by photographs, videos, interviews and other social media, underscoring the label’s passion for using various creative platforms to feature both the artist and the music.

With six EPs released since 2011: ‘New Men Old Boys’, ‘Drums and Sass’, ‘Battle Tested’, ‘The Brave Abraham Judah’, ‘Stuck On The Sunrise’, and ‘BEAST‘, The Hustle Standard is fast becoming a label that prides itself on its new-found role, producing albums with diverse influences from indie-rock, electronic, dub-step, hip-hop, hardcore, alternative and pop. Hustle Standard releases have already found their way onto the Billboard and iTunes charts, and have secured prime-time licensing placements, including the use of Rob Bailey & The Hustle Standard’s “Hungry”  as the theme song to ESPN’s “Elite 11” mini-series, the opening tease to Game 6 of the 2013 NBA Playoffs on TNT, as well as an Under Armour-sponsored feature on SportsCenter, among others. 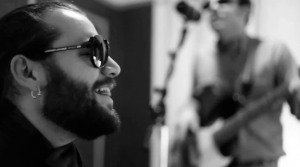 Growing up on the outskirts of Philly, Charley started out writing raps at the young age of 13, made his first album in high school, did some talent shows (even winning a couple), and recorded friends in his spare time. At the age of 18, he moved to NYC to pursue his music career. He secured an internship at Boondog Studios in 2003 and worked towards becoming a successful freelance engineer, later obtaining the head engineer position at Skyline Studios in 2009. In the same year, Charley turned his focus to production and songwriting, “In 2009 I made it my goal to write and/or produce 50 songs.  I put a post-it on the wall of my bedroom for each song… I think I got to 42. Since then I’ve just continued writing with as many people as possible and working on as many projects as I could find.” In 2011, Charley founded
The Hustle Standard. 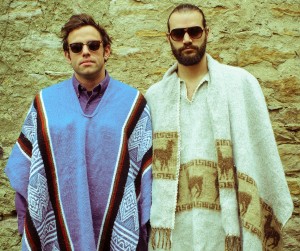 Jay Kill & The Hustle Standard‘s second EP, Stuck On The Sunrise, sounds like a meeting of the Fleet Foxes and Citizen Cope over a dime store bottle of Kentucky bourbon. Spewing truths and lies as easily as an ornery child, the lines of fact and fiction cease to matter in this 4 song time capsule. The urban-folk duo, made up of Plymouth music legend, Jake Hill, and new school NYC producer, Charley Hustle, look to build on the driving soundscape of their debut collaboration from 2011,
New Men Old Boys.    <more> 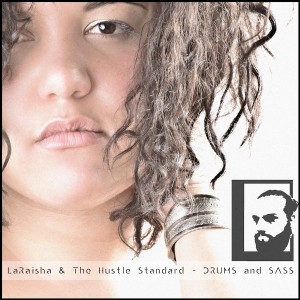 Singer/songwriter LaRaisha’s impassioned, powerhouse, vocals flow effortlessly over producer/songwriter Charley Hustle’s stylistic arrangements on the their special collaboration, ‘Drums and Sass’, the latest EP in The Hustle Standard series. Comparable to queen of soul, Aretha Franklin, or modern hit-maker, Adele, LaRaisha’s voice combines strength with vulnerability, packaged in a unique style that envelops the listener in a mist of empathy.  What she sings, you undoubtedly feel.    <more> 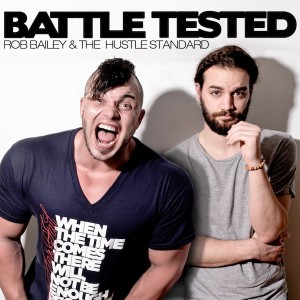 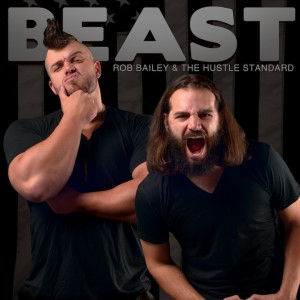 With music that hits you like a punch to the face of pumped-up positivity, Rob Bailey & The Hustle Standard have created a genre all their own, mixing aggressive dub-step beats and elements of alternative-rock with with Rob Bailey’s signature vocal styling, and inspirational lyrics about triumph, redemption, and empowerment. Following up their critically acclaimed ‘Battle Tested’ EP, their much anticipated 2nd release ‘BEAST’ brings us 8 new bombastic high-energy tracks not for the faint-hearted.  <more> 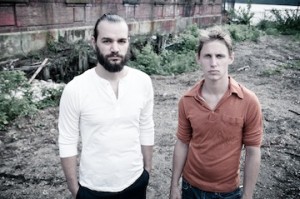 In a six-track, meat-and-potatoes blues-rock concept album, Nick Miller & the Hustle Standard create an epic of the fictional life of The Brave Abraham Judah and his murderous adventures across the Wild West. The duo barbecued up a medley of American roots music: rock & roll, blues, Americana and western for the fourth installment of The Hustle Standard collaboration series. With howlin wolf yowls bouncing off hard-hitting drums, sludgy guitars and body-rocking grooves, Miller sounds like a time-honored, broken blues-man, while Hustle keeps the rhythm fresh and tight. They’re channeling classic rock with a twinge of something out of a film noir Western and modernizing it with relentless, syncopated beat twists.    <more>