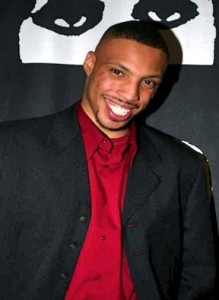 Shannon “DJ Skip” Syas has gained worldwide acclaim as a dance music producer, remixer, promoter, and DJ.  Skip hails from Chicago, where he contributed to the creation of the Chicago house music genre that quickly spread to the rest of the world and remains a vibrant sector of the dance music scene on any continent.

DJ Skip’s latest single, “Show Me U Love Me” feat. Donnie Cash has received received an overwhelming public response.  The music video has received upwards of  16 million views on YouTube (http://www.youtube.com/watch?v=Ef_edv3Sgzw), and is featured on several prominent dance music compilations (Kontors House Of House Vol.13, Kontors Top Of The Clubs Vol.53), generating several hundred thousand downloads.  This single is a new avenue for Skip, making a transition from the Chicago house music sound for which Skip is known, to the world of pop dance.  The catchy and dance-invoking club beat tells its own version of boy meets girl, set against the backdrop of the Chicago skyline.  This package features massive remixes by some of the most sought after producers in the electronic genre such as Eric Chase & Marcel Jerome, Steve “Silk” Hurley, Maurice Joshua, Shane D, Superfunk, Joe Smooth, David “Storm” Ruffin, Nimiouz & Chris P. 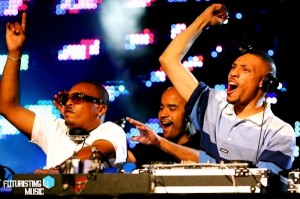 Skip’s first record “Traxx My Stylez” was released in 1996 on Dance Mania Records, and his subsequent Dance Mania releases through his own production company ‘Push Pac Productions’ established him as one of the pioneers of the Ghetto House / Booty House & Chicago Juke movements, all sub-genres of classic Chicago House.  Since then Skip has been taking over dance floors with house anthems such as “Raveolutions”, “Take It Off” and “Baby”, with various EP and LP releases under his belt, including Pushpac For Life, Raveolutions, The Inner Me LP, Life Experiences, Pushpac 2G Vol.1 – The Phuture LP, and other Push Pac releases showcasing the talents of fellow producers and DJs such as Paul Johnson, DJ Shark & Fotr, Tim “Bunky” Titsworth, Aaron Ochoa, and DJ Nehpets. 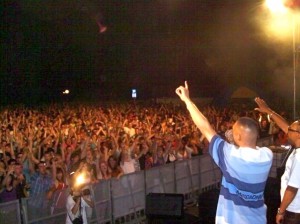 In 2007, Skip joined forces with four-time GRAMMY® nominee and nationally-syndicated DJ, Steve “Silk” Hurley, to form the premiere dance music label, S&S Records.   The label has since become the home to numerous house music legends and has released several compilation albums featuring original songs from a large roster of Chicago greats.  Chicago’s Finest: The Chicago LP is a two-disc, two-DVD anthology of Chicago House Music filled with solid dance floor grooves, with new and previously unreleased music from legendary dance music artists as well as interviews of some seldom seen, legendary house producers and DJs, featuring tracks such as “Please Believe” by DJ Skip, “Just A Feelin’” by Hurley & Marshall, “Juke It” by DJ Slugo feat. Fast Eddie, “Magic” by Roy Davis Jr. feat. Terry Dexter, and “Siren Trax” by DJ Pierre, amongst others.  Also featured is an exclusive Skip & Hurley remix of “Wouldn’t You Like To Ride [Silk & Skip’s Ride To the House]” feat. Malik Yusuf, Kanye West, and Common.

Skip also co-wrote the electro-house banger “Let Me Sip My Drink” with Robbie Rivera & Fast Eddie, whose Chuckie Remix has been rocking dance floors since 2010.

Skip is currently DJ’ng across the globe in front of crowds of 60,000+, and has developed an especially strong following in Europe, having been featured in a number of European magazines and TV shows.  Expect followup hits from Skip in the pop dance vein, with some big names in tow.