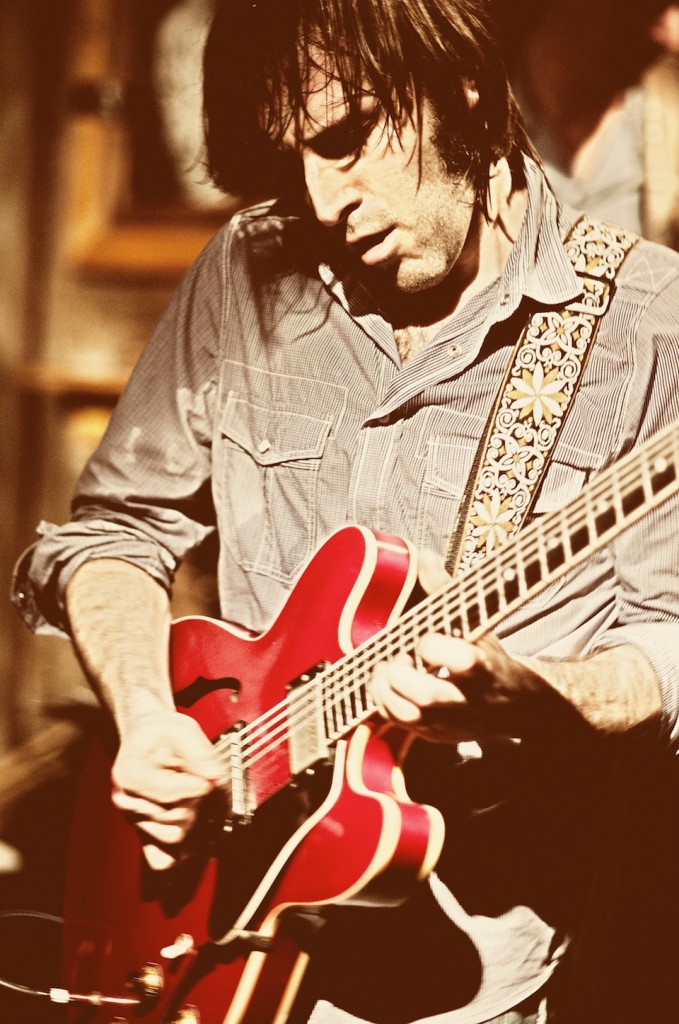 With MOJO magazine’s #1 Blues Album of 2008, Fall Changes, #2 Blues Album of 2011, Imitate The Sun, and March 2014 Blues Record of the Month and #3 Blues Album of 2014, Live at Jazz Standard, Chris Bergson has established himself as “one of the most inventive songwriters in modern blues music” [Richard Skelly, All Music Guide] , creating his own blend of blues, roots and soul.

“Gut-busting, horn-bedecked NY blues.“  “A powerful spirit with flavours of Ray Charles and Tom Waits.”  “…could strip down the engine of a soulbluesmobile and put it back together blindfold.”  “The ambience of Chris Bergson’s music is an Edward Hopper world of suspicion and solitude, dusk-time avenues and dimly lit bars…This is the terrain of Tom Waits and Lou Reed, and Bergson has something of each in his gruff, laconic delivery, but his sound is intransigently his own. “  [MOJO]

“Bergson is the real deal…reminiscent of The Band at their best…high octane funk…wonderful stuff indeed!”  [Blues In The Northwest]

“Upon first hearing guitar man Chris Bergson and his gravelly southern drawl, which is a combination of Levon Helm and Gregg Allman, you can hardly believe this guy is from New York City.”  “…an artist dedicated to bringing blues and classic R&B into the future while honoring the past.”  [No Depression.com]
(photo: Ahron R. Foster)

“No-one else making music in the modern world invokes the spirit of The Band like he does…” “…drawing intuitively and seamlessly from blues, country, folk, funk, soul and jazz.  Bergson has the kind of voice that can be sepia-tinted, whiskey soaked or nicotine stained to fit the requisite style and mood, standing alongside Gregg Allman, Dr. John, Van Morrison and Danko/Helm.”  [Leicester Bangs]

“Bergson’s stirring voice and glorious guitar command immediate attention.” “Chris Bergson writes memorable songs, sings them with passion, and plays such a mean guitar that the great Hubert Sumlin had been known to sit in at his gigs.”  [Blues Revue]

“If you like the music of Coltrane, Muddy Waters and The Band, you will definitely like the Chris Bergson Band.”  [Rootstime]

“One of the best things I have heard this year.”    [Blues In The Northwest]

“His playing of “Three Sisters” on acoustic guitar makes one wonder whether Bergson himself doesn’t come from deep in the Mississippi delta.”  [Le Jazz Hot]

“It’s unusual to hear a man, never mind a young guitarist, cover a Bessie Smith song these days, but Chris does full justice to ‘You’ve Been A Good Old Wagon’, with its wasted vocal and Hawaiian tinged guitar break.”  [Rock ‘n’ Reel]

“Pure blues genius.” “The type of deep, throaty, sexy voice that makes you want to curl up and wrap yourself around it on a cold winter night.”  [Luxury Experience]

“It isn’t often that a new artist blows me away, but Chris Bergson did just that with the soon to be released Imitate The Sun.”  [Rock Over America]

“This cat has an amazing voice and is smokin’ on the blues/rock guitar.”  [Voodoo Jive]

“…songs should hold their own amongst works by modern masters like Jobim, Monk and Bud Powell.”  [20th Century Guitar Magazine]

Born in New York City but raised in Somerville, Massacussetts, Chris Bergson returned to Manhattan in 1995.  While backing jazz singers Annie Ross, Dena DeRose, Sasha Dobson and Norah Jones, he released Blues for Some Friends of Mine and Wait for Spring on Juniper Records in 1997 and 2000 respectively.  In 2002 Bergson was appointed a Jazz Ambassador of the USA by the John F. Kennedy Center for the Performing Arts and he toured Africa with his trio.

Evolving to further embrace the blues while also adding pop influences, he followed up with Blues (2003), Another Day (2005) and his triumphant artistic breakthrough, the widely acclaimed Fall Changes (2007) – MOJO’s #1 Blues Album of 2008  —  that established him as an eloquent, evocative and lyrical songwriter with a sharp urban vision.  Recorded at Levon Helm’s Woodstock studio, it led to Bergson being personally invited to perform at the famed drummer’s Midnight Rambles while opening the way for more stateside festivals and subsequent tours of Europe. In 2011 Bergson released Imitate The Sun which was named MOJO’s #2 Blues Album of the year, containing six strikingly original songs and four thoughtful covers that allow his fertile creativity free rein.  With his regular band of Jay Collins (tenor and baritone saxes, backing vocals, horn arrangements), Matt Clohesy (bass) and Tony Leone (drums, percussion) augmented by Bruce Katz (organ, piano, Wurlitzer organ), Kenny Rampton (trumpet) and Chris Karlic (baritone sax), Bergson makes every track a complete and rewarding musical statement.

The strength of Bergson’s songwriting combined with his distinctive vocals and masterful guitar chops have attracted attention from film and television producers for licensing opportunities, with recent placements including Bergson’s song “Goin’ Home” in the feature film Kilimanjaro starring Brian Geraghty, and “Rain Beatin’ Down” for NASCAR Sprint Cup programming on ESPN and ABC.

Chris Bergson is a young man on a mission with his blues-breaking guitar, passionate vocals and literate lyrics.  He is out to leave an indelible mark on the world of music and succeeding spectacularly with life-affirming art that both consoles and excites.  The sum total is an impressive and growing body of work that reaches across the ages and boundaries.