Based in Paris, France, UNICUM Music is a wonderful management, publishing, and consulting firm founded by former EMI Continental Europe and Capitol France executive Emily Gonneau.  With years of experience in most facets of the music industry, UNICUM represents emerging, übertalented artists with a unique edge. Wonderlous Music is thrilled to be acting as subpublisher for the UNICUM Publishing catalog in the United States and Canada, representing the music (songs and master recordings) of exciting artists like Emilie Chick, Mademoiselle Sane, and Xeum, with compositions written/composed/produced by Emilie Chick, Anthony Cochet, Clement Preteux, Piet Hein, Aurelie Goepfert, Nicolas Trajan, Maxime Lenik, and others.

Alternatively bad-girl, crooner, spoken word and jazz diva, Emilie Chick is a French-American songstress defining her style through numerous musical experiences. She crafts a unique blend of groovy Soul spiced up with Hip-Hop, Jazz, Electro & explosive live performances. After winning Gilles Peterson’s Worlwide Festival Talent Search in 2008, her 1st solo album “This is Emilie Chick Speaking..” was voted ‘Best Album’ by Europavox/Deezer/Adami’s panel of European Journalists in 2010. Emilie Chick played a series of high profile shows and festivals in France last year while finalising three side projects (one jazz, one hip-hop and one electro). On top of all this, she will be releasing her new solo EP“From Egg to Chick” on June 10, 2013 amidst her second French tour. 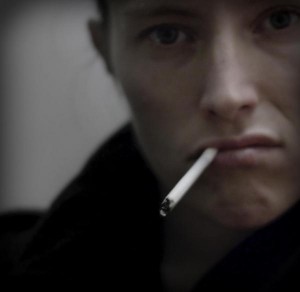 “Sane may be a “Miss” (“‘Mademoiselle” in French) but she has all the talent of a French ‘Chanson’ Madam! “Lyrics ‘chanteuse’” as she likes to call herself, she brings amazing stories to life on stage with their array of strong characters and bubbly personalities. Her first album was self-produced but caught the attention and critical acclaim of national newspapers and radios in France. A thousand people and ten songs later, Mademoiselle Sane is back with her special talent of ‘je-ne-sais-quoi’ to share new stories with us that are so typical of her: brisk, funny, edgy. And very, very taking.”

French DJ, Producer, Remixer and Performer from Asian and Slav roots, Xeum discovered electronic music and synthesis sound as a child and quickly started to compose and perform his music. With a versatile music background education, he graduated from Paris & Versailles Conservatory of Music and became a studio- recording artist for EMI and classical percussionist in the French Air Force Brass Band, which plays for the French President. With various orchestras, he has performed in prestigious venues like Chatelet Theater, Palais des Congres, Mogador Theater in Paris, Budapest Opera, Kremlin in Moscow.  Currently living between Singapore & Paris, Xeum is producing original soundtracks for fashion Shows, TV spots and Luxury brands events. Versatiliy might be closest way of describing his sonic sensitivity as he regularly performs and produces a range of music from Classic, Jazz, through House, Tech House-Electro to Electronica for various events.